Family-friendly, traffic-restricted, eco-smart. These are some of the key concepts underlying the new Ravel residential neighbourhood. Zuidas Project Manager Monique Soe-Agnie has been working on this area around the Amsterdamsche Football Club pitches for the past ten years. Now, she and her team have put the finishing touches on the Ravel Development Plan – a diverse residential district and the first traffic-restricted neighbourhood in Zuidas. This is a major project that will take until 2035 to complete. In the meantime, Soe-Agnie and her team of urban and spatial planners, designers, lawyers and communication professionals have been working out all the practical details.

Named Ravel, the new neighbourhood will consist of 1,350 homes intended primarily for families. Residential diversity is paramount. ‘This will be a neighbourhood with affordable homes, containing a mix of 40% social rental housing, 40% mid rental housing and 20% for the free sector.’ That diversity is also articulated in other aspects, Soe-Agnie explains. ‘As well as homes, there’s space for offices, small businesses, hospitality and a local supermarket.’ The new Children’s Campus will also get a spot here. So when it’s all finished, we’ll have an appealing mix of amenities to attract residents, office users and people from outside Zuidas. We want it to be a place where people can take a stroll, escape for some peace and quiet, or meet up for lunch. The combination of small businesses and low traffic in the neighbourhood will make it an exceptionally pleasant place to hang out’, sums up Soe-Agnie. And with two big central squares and a wealth of greenery, Ravel has the feel of a park, inviting residents to get together and set up social gatherings such as birthday parties. 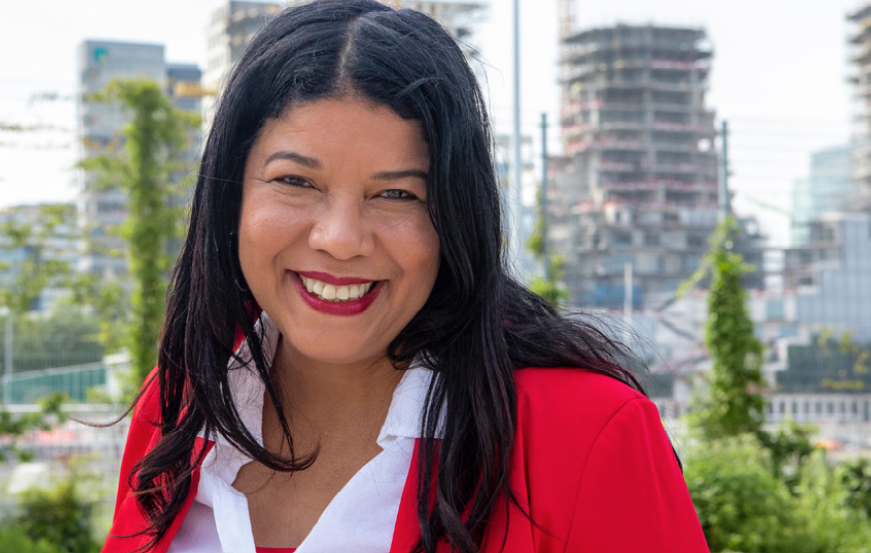 An important feature of Ravel’s design is the traffic-restricted zone. This part of the plan took shape gradually as the project team looked at other residential neighbourhoods in Amsterdam for inspiration, says Soe- Agnie. ‘We looked at the attractive and positive aspects of low-traffic zones in individual neighbourhoods. Plus, we were working with the sustainability ambitions of Amsterdam and Zuidas at the back of our minds. As we looked at ways to make the plan as green as possible, the idea of a traffic-restricted residential zone arose early on. Parking space will be provided in two underground car parks on the new Maurice Ravellaan, which will also have a service lane for short-term parking and loading and unloading. 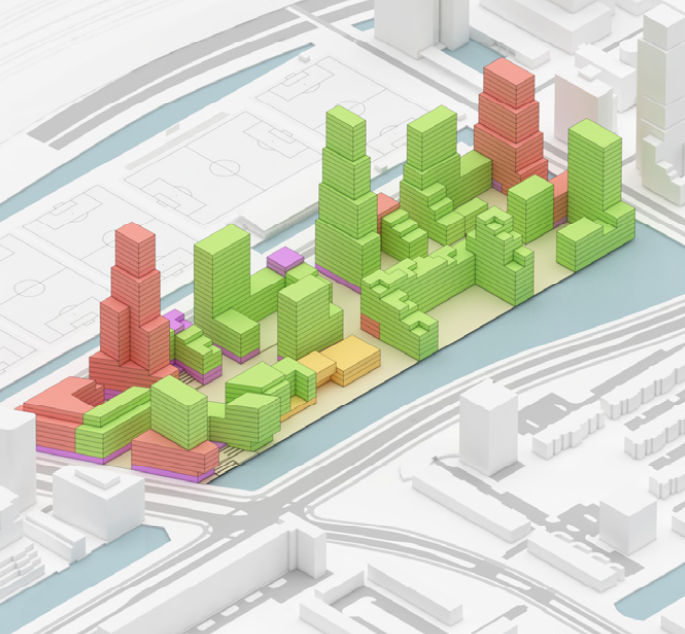 Other features of the residential neighbour- hood now arising have been carefully thought out too. Ravel’s spatial plan, for instance, aligns seamlessly with that of the adjoining area of Gershwin. With a basic building height of 20 to 30 metres, the neighbourhood has a streamlined look with height accents spread in the area varying between 50 and 115 meters. All the driveways and doorways are set right up against the street to create a sense of vibrancy and social cohesion. That’s also reinforced by the neighbourhood’s common gardens and parks. All this makes Ravel a large-scale project with a modern- day mission. And for Monique Soe-Agnie, it’s the cherry on the cake of her job as project manager, which she’s leaving after ten years. ‘I couldn’t have wished for a nicer last project to work on.’ Anyone eager to see the new neigh- bourhood will have to wait a few more years yet, but the truly curious can come take a look at the miniature version of Ravel in the scale model of Zuidas at the information centre.