That Zuidas has come a long way from its beginnings as strictly a business district is no news to Wim Looijen, deputy director at AM, and Edward Zevenbergen, project director at Bouwfonds Property Development. As partners in Zuidschans, their firms have already developed several housing projects in Zuidas together. Hello Zuidas caught up with the two to talk about their latest projects: The Gustav and The George. 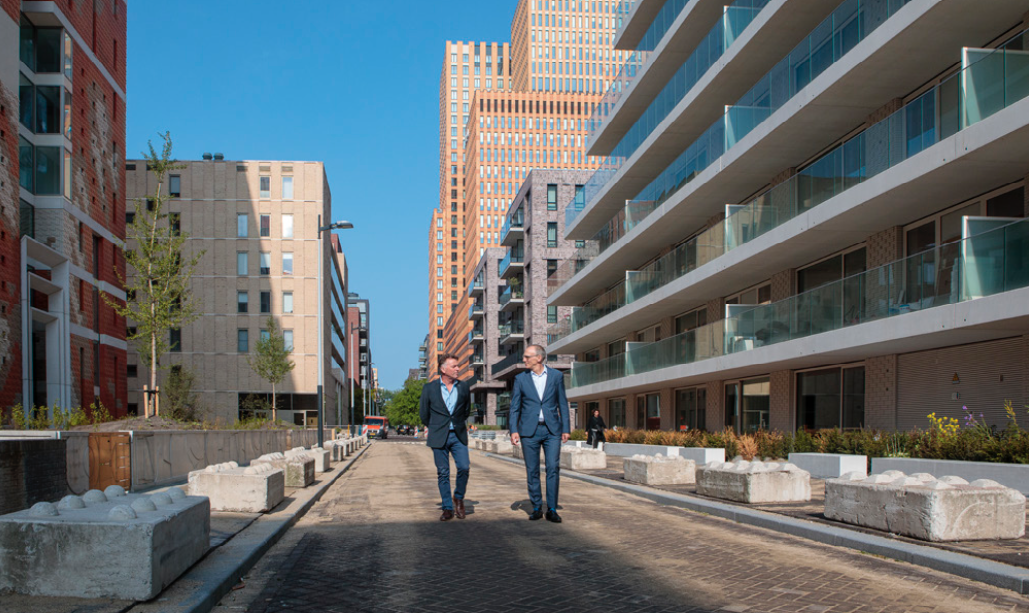 The Gustav and The George, on Gustav Mahlerlaan and George Gershwinlaan respectively, have a sum total of 191 dwellings – from contemporary studio flats and apartments to luxury penthouses. Sustainability was central in the design, as was a modern feel, lots of natural light and a wealth of green. Nothing has been left to chance, emphasizes Edward Zevenbergen. ‘For The George we designed a tailor-made system to capture water on the roof and channel it down to underground water tanks, from which it can be used to replenish the garden during dry spells. Besides that we’ve also put solar panels on the roof of course, which – combined with this system – dovetails perfectly with the sustainability objectives we originally envisioned. Greenery is also a distinguishing feature of The Gustav, which has a large shared rooftop garden with many different areas of planting to not only make it a pleasant space for residents but also effectively capture rainwater.

In the pre-construction phase the partners laid out a clear vision for how the residential blocks should look, says Wim Looijen. ‘First of all, we did a study to map out the urban planning aspects. Next we defined the structural components and feel we were after. From there, the architects got to work on the designs.’ As well as sustainability, there was another major requirement deemed crucial by both the property developers and the municipality: to supply housing for all economic segments. This was ultimately achieved by laying down agreements about maximum rents and stipulating conditions for buyers. The result? The influx of a new, younger target group. ‘It’s brilliant to see. Before, I saw young people who worked in Zuidas but didn’t have the budget to live here. With these projects we’ve developed housing for everybody’, Zevenbergen concludes enthusiastically. 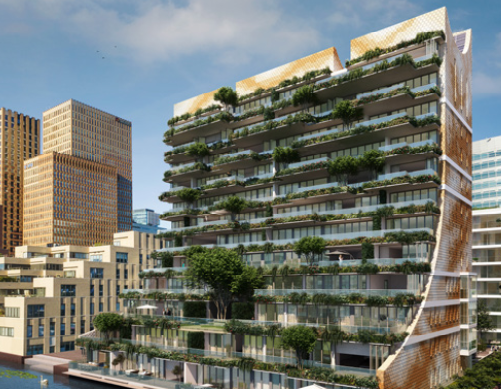 Completion of the two towers will cap what has been a challenging design and development process, the contract for which was inked by the two firms back in 2010. Wim Looijen: ‘There was a lot to contend with in the period that followed, including the aftershocks of the crisis. So it’s wonderful to see it almost finished now, and with everyone involved so satisfied with the end result, from the developer to the contractor to the proud stonemasons who contributed their special craftsmanship, and of course the residents who are progressively moving into their new homes. For us, all that has really made the towers even more beautiful than the artist impressions could ever have predicted.’ 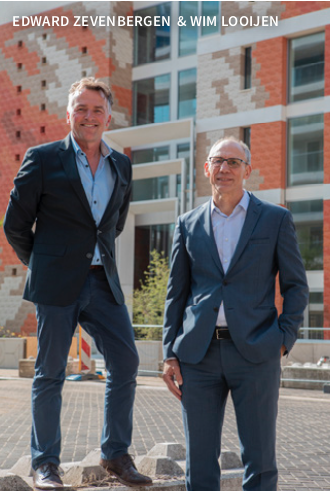